New Art from Yuz Collection and beyond

- An exhibition about What’s Now and What’s Next; defining new contemporary aesthetics and attitudes
- a result of two years of fieldwork, dialogues and adventures with Yuz Museum
- A cross-cultural curatorial conversation between two international experts; an arena for around 20 artists/60 artworks displayed by Adrien Gardère Studio within 2000 square meters

Yuz Museum Shanghai opened on 3rd September “OVERPOP”, an exhibition based on the Yuz Collection and a curatorial dialogue derived from it. The concept of OVERPOP comes from Jeffrey Deitch – who has been advising Budi Tek and the Yuz Collection for this section – and the show will be displayed in the form of a curatorial conversation with Karen Smith, a Chinese contemporary art expert who has been based in China for over 24 years. Jeffrey has selected artworks from artists based in the US and Europe; Karen selected the artists based in China. This exhibition opened to the public at Yuz Museum, Shanghai on Sunday, 4th September, 2016.

As defined by Jeffrey Deitch, OVERPOP focuses on a group of artists who are defining new contemporary aesthetics. Their work embodies an intensification of the pop tradition, portraying an enhanced reality. These artists are responding to the impact of the Internet on the visual environment, but their work is more than “post-internet” art. It incorporates the historical tradition of Pop Art in addition to responding to the acceleration of digital imagery. The artists emphasize precision of craft and execution. The artist’s hand is generally subsumed within an aesthetic of industrial and artisanal fabrication techniques. 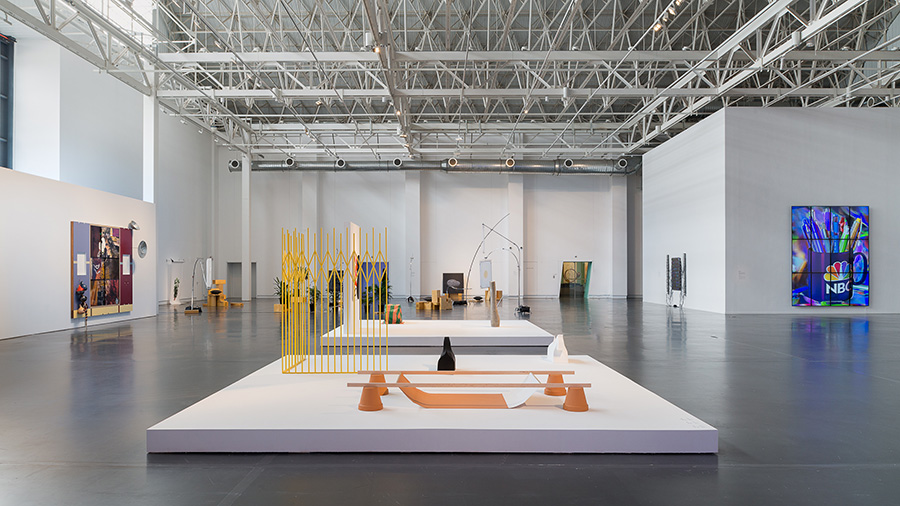 Samara GOLDEN, The Flat Side of The Knife, 2014

For Karen Smith, if the phrase OVERPOP refers to Pop Art as a form of artistic expression that is now officially “over”, if it serves to demonstrate how Pop’s aesthetic critique has overtaken by the attitudes of a new generation, then China presents an interesting comparative case study. Dominating the recent exhibition scene in China is a generation of younger artists responding to concepts of reality and the internet in dynamic modes of activity; with incisive insight into the present and to the “impact of context and display”. 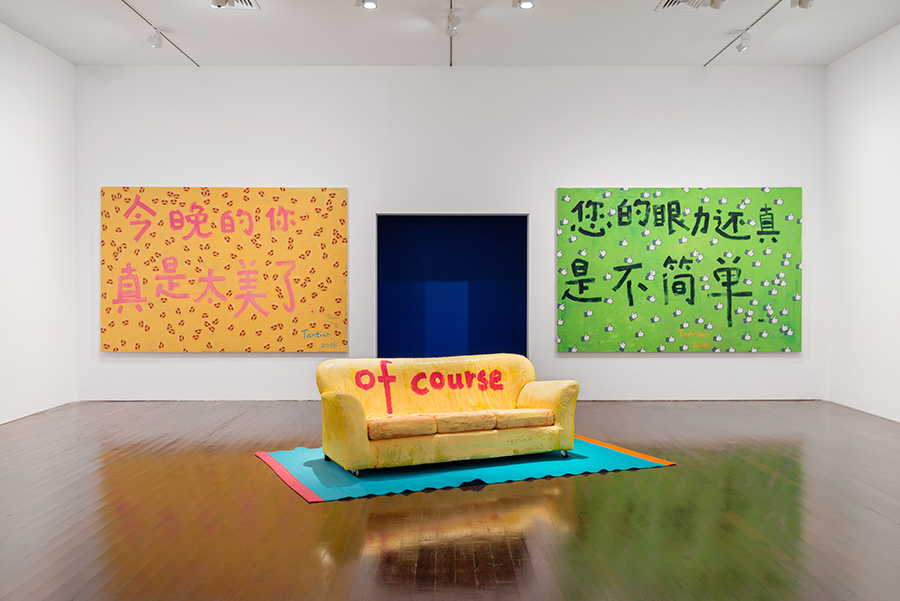 The exhibion is realized based on two years’ effort by Mr. Budi Tek and his team that includes numerous studio visits, fieldwork and intellectual dialogues with artists. The exhibition will eventually bring together nearly 20 eastern and western artists and present around 60 new art works crossing different media and created after year 2010. As also for Budi Tek, “ it is with confidence that these works can be displayed at the Yuz Museum, described as arguing for the complexity of this era, reflecting the leading trends of new art of today, in China and in the world and mirrored as such in the Yuz Collection”.

Jeffrey Deitch has been involved with modern and contemporary art for more than forty years as an artist, writer, curator and gallerist. From 2010 – 2013 he was Director of the Museum of Contemporary Art, Los Angeles where his exhibition Art in the Streets had the highest attendance in the museum’s history. He has been active in developing the dialogue between Chinese and American artists since bringing Andy Warhol to China in 1982. His exhibition of Andy Warhol’s portraits in Hong Kong in 1982 was the artist’s first exhibition in Greater China. Deitch presented the first American gallery show of Shanghai artist Chen Zhen in 1996, and while at the Museum of Contemporary Art, he curated a major exhibition with Cai Guo-Qiang. Deitch is known for curating influential exhibitions including Artificial Nature, 1990, Post Human, 1992 and Form Follows Fiction, 2011, that predicted contemporary artistic developments. He was an early supporter of the work of Jean-Michel Basquiat, Keith Haring, and Jeff Koons and has written extensively about them and presented numerous exhibitions of their work. He is known for his advocacy of the work of emerging artists and presented the first New York gallery exhibitions of Tauba Auerbach, Vanessa Beecroft, Cecily Brown, Kehinde Wiley and many other important artists. Deitch is currently based in New York and is working on historical and contemporary exhibition projects.

Karen Smith is a British art critic and curator specializing in contemporary art in China since 1979. She has written widely on the subject for numerous journals and exhibition catalogues, and is the author of many artists’ monographs. She has also authored several books on China’s contemporary art scene and its history including As Seen 2011: Notable Artworks by Chinese Artists (Beijing World Publishing Corp., 2012/ Commercial Press 2012) and Nine Lives: The Birth of Avant-Garde Art in New China (Scalo, 2006, Timezone 8, 2008). She is currently director of OCAT Xi’an contemporary art centre.