Yuz Museum will launch the second large-scale exhibition of the “Shanghai Galaxy” series – “Shanghai Galaxy II”, exhibiting nearly 50 works by 22 artists from home and abroad on November 10th, 2017 to February 11th, 2018. This exhibition follows the concept of a group exhibition, “Myth / History II: Shanghai Galaxy”, curated by Wu Hung in 2015. Considering the museum and where it is located towards a global perspective, the exhibition presents the latest works of Shanghai-based artists and the topics related to the city, delving into the historical development process of contemporary art in Shanghai, and reviving the charm and sensation in it with the uppermost immediacy and locality. 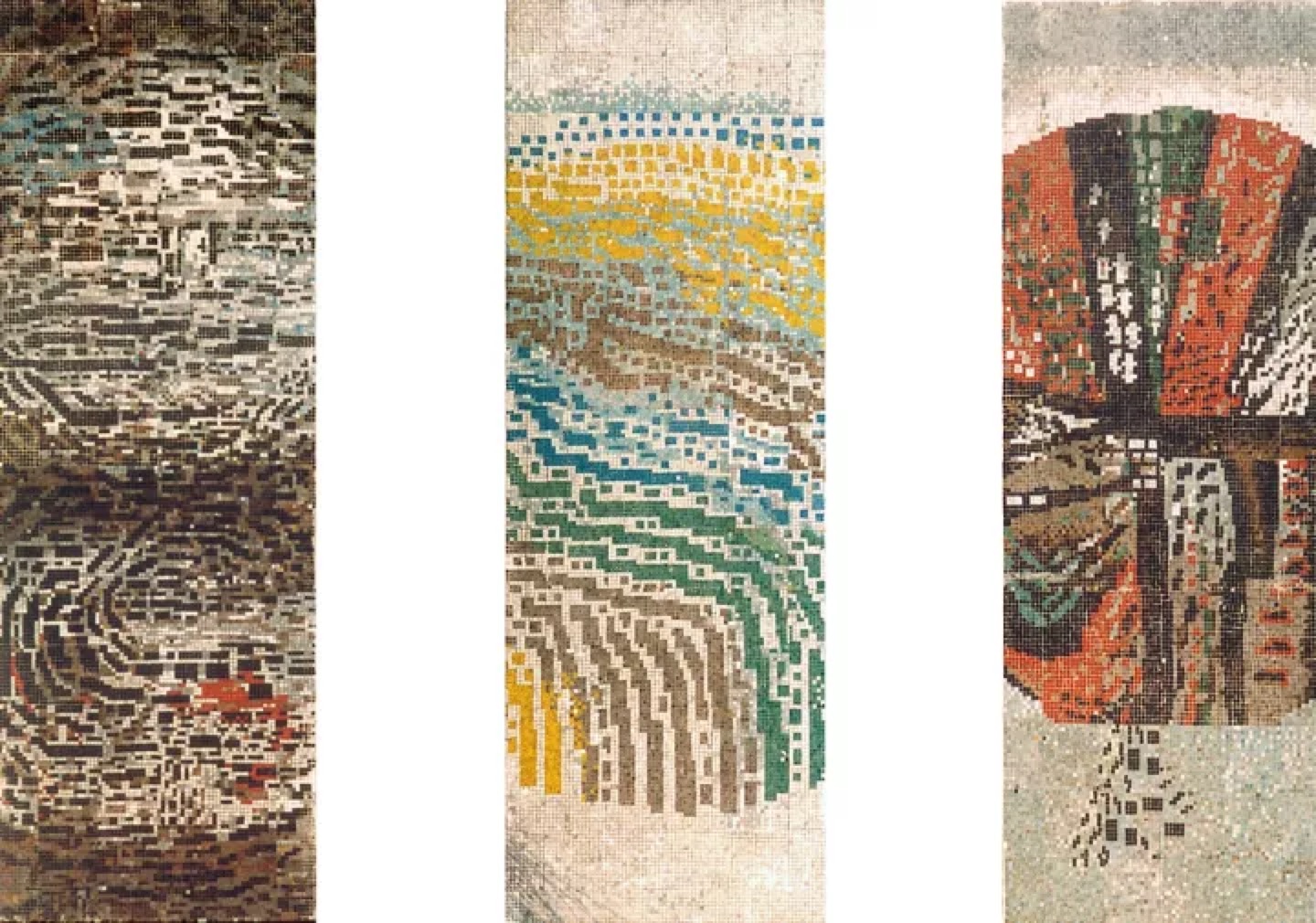 Shanghai relies on China’s rapid development and has gradually become an ideal soil for artistic innovation while preserving the unique characteristics and openness of the city. However, “Shanghai Galaxy II” is not just a reference to a geographical sample survey, it belongs to a continuous exhibition project, which focuses on the current development of Shanghai contemporary art and aims to provide more platforms and opportunities for Shanghai-based artists and Shanghai-related artworks, enhancing a closer tie between museums, artists and the city. 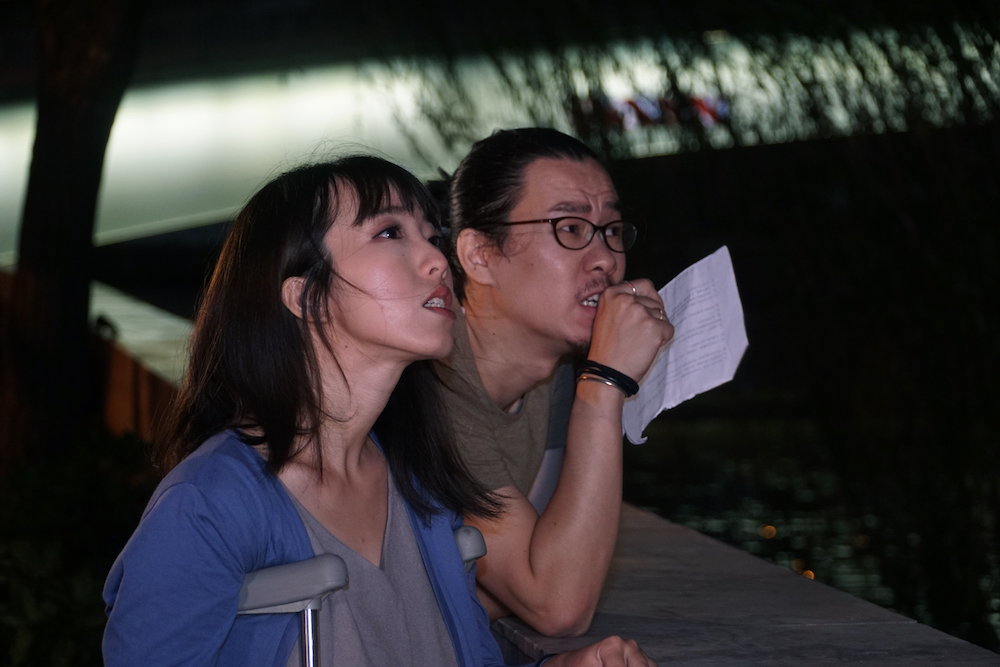 Most of the works in this exhibition were created between 2016-2017 with various materials and art forms such as painting, installation, sculpture, photograph, video and performance, etc. The exhibition content contains four types of Shanghai related contemporary artworks, one being works created by artists who were born, raised or educated in Shanghai; the second being works by artists who have migrated to live and work in Shanghai, or who is involved in the contemporary art in Shanghai; the third being works related to the history and reality of Shanghai; the fourth being site-specific artworks created specifically for Yuz Museum. The four types confine the exhibition with a fundamental frame and scope, but it does not refrain the works of each artist. The personal experiences, historical memories, knowledge structures, and cultural backgrounds of each artist have infused their works with either uniqueness or relevance, reflecting the diversified artistic perspective and cultural ecosystem of Shanghai, and stimulating boundless imagination and possibility. 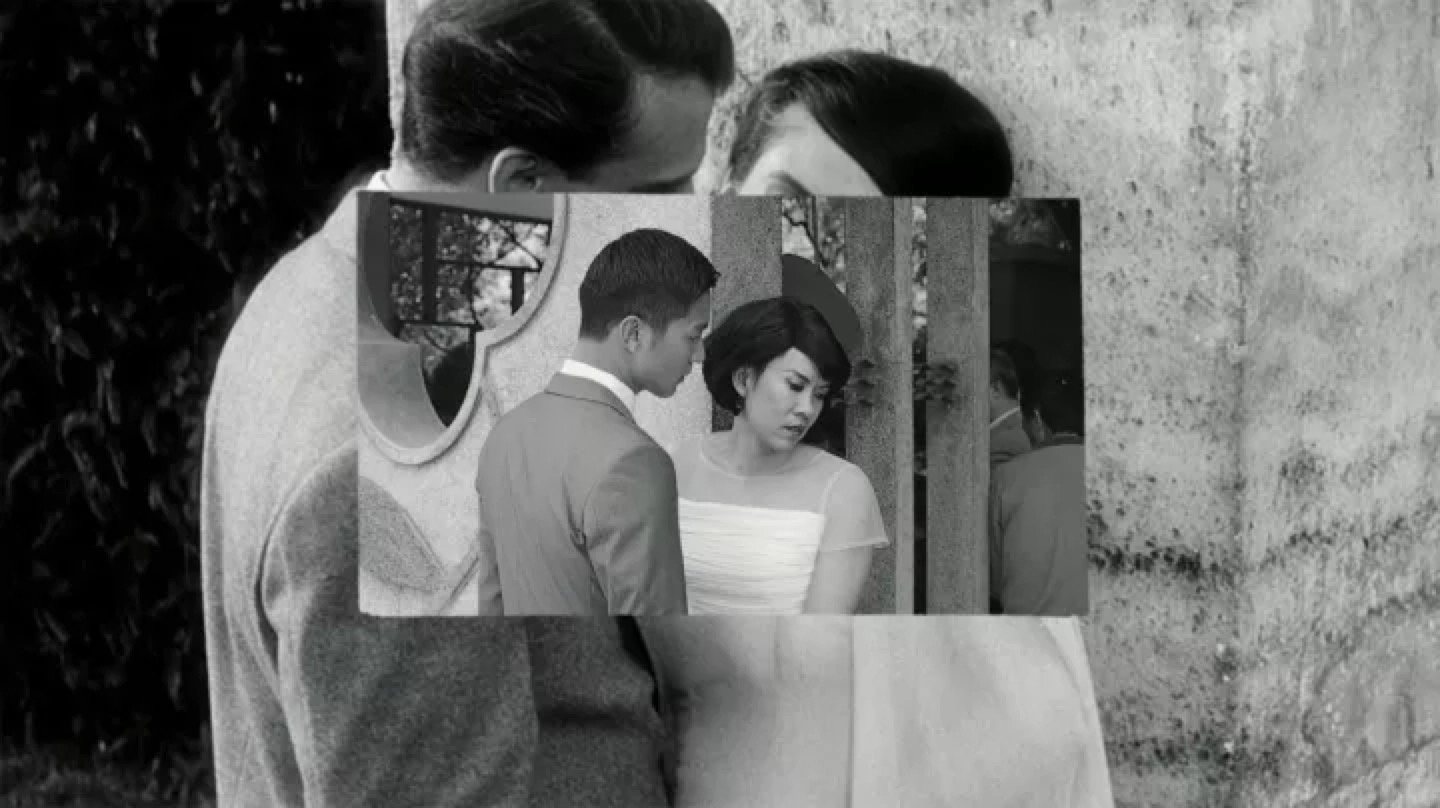 Starting from the Great Hall, the interactive installation Hey, Human! by Shanghai artist Liu Yi first comes into sight; the artwork unfolds the chapter of human origins by tracing back into the Western art history in a humorous way. The film Under the Bridge - the first part of the Shanghai Redux project launched by Shi Qing + Radical Space, and Ming Wong’s newly-editing version of Next Year / L’Année Prochaine / 明年 will be presented for the first time in Shanghai; the two works are similar to each other for their recreations of classical movies, shifting between reality and memory through different montages and artistic techniques, reflecting on the turn of the wheel through the cross of time and space. The three large-scaled paper works, New Life: 1987 Mosaic, hanging in the center of the Great Hall by Yu Youhan use ancient handmade paper and the cutting-edge technology to restore the mosaic collage work he did on the wall of Shanghai Art and Design Academy 30 years ago. With the development of the city, the migration and renovation of the campus, the original mosaic walls no longer exist.  In addition to the spatial changes, the urban development also brings a unique form of consumption and lifestyle. Wang Xingwei’s first sculpture Recycling the Old Computer may be able to arouse the collective memory of bicycles; yet, Michael Lin’s wall paintings and a set of bicycles installation, derived from the famous brand “Forever”, happens to be the evidence of such memory, observing through a single case study of the changes in urban life pace and aesthetics. On the contrary, the works of Hu Yun and Chen Wei stem from their own memories, exploring the relationship among individual, history and cities. Zhang Peili’s work – The Endless Walkway, blurs the concept of countries and territorial boundaries in a wider sense, inviting audiences to face a historical moment of the world’s current crisis and turbulence and evoke a kind of awareness and fantasy. 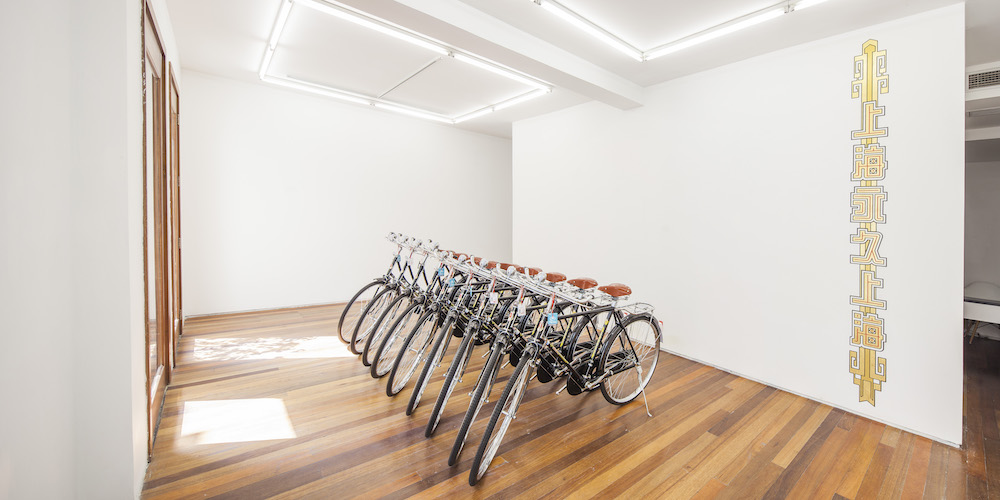 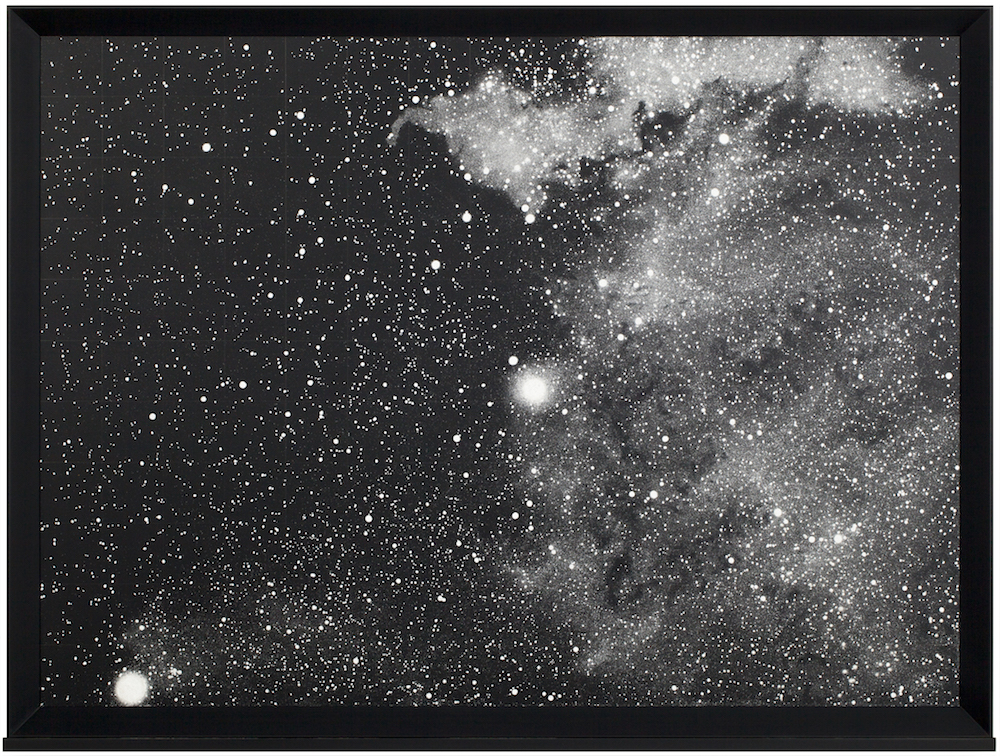 Continuing from the Great Hall into the galleries, works of BIRDHEAD, Chen Shaoxiong, Hu Jieming, Wang Xin, and Zhou Xiaohu are displayed in order, inviting the audience to ponder and participate on the creation of art in various ways. From the outer to the inner, from dynamism to stillness, the works in the galleries demonstrates the artists’ insight in a much quieter way towards everlasting propositions and thoughts of nature and scenery. Artistic creation sometimes requires instantaneous inspiration, but more often it needs the accumulation of years instead. Since 2012, Liang Yue has accustomed to shooting natural scenes while she indulges herself into a state of mental absence. The photograph, video and light box installation work – Yeah 02, which she created for this exhibition are the fragments of her daily life, filled with energy and vitality of life. In Han Shan Temple, consist of eight small paintings that Liang Quan created during 2013-2017, the artist uses contemporary collage to depict an abstract landscape reflecting from his inner world. This exhibition will also present the recent works by Hu Weiyi, Liao Fei, Liu Ren, Liu Jianhua, Ni Youyu and Su Chang, which they trace the threads of the material world and use the ordinary and common things to broaden people’s perception of objects, exploring the nature and essence of them, and evoking the metaphysical thinking. 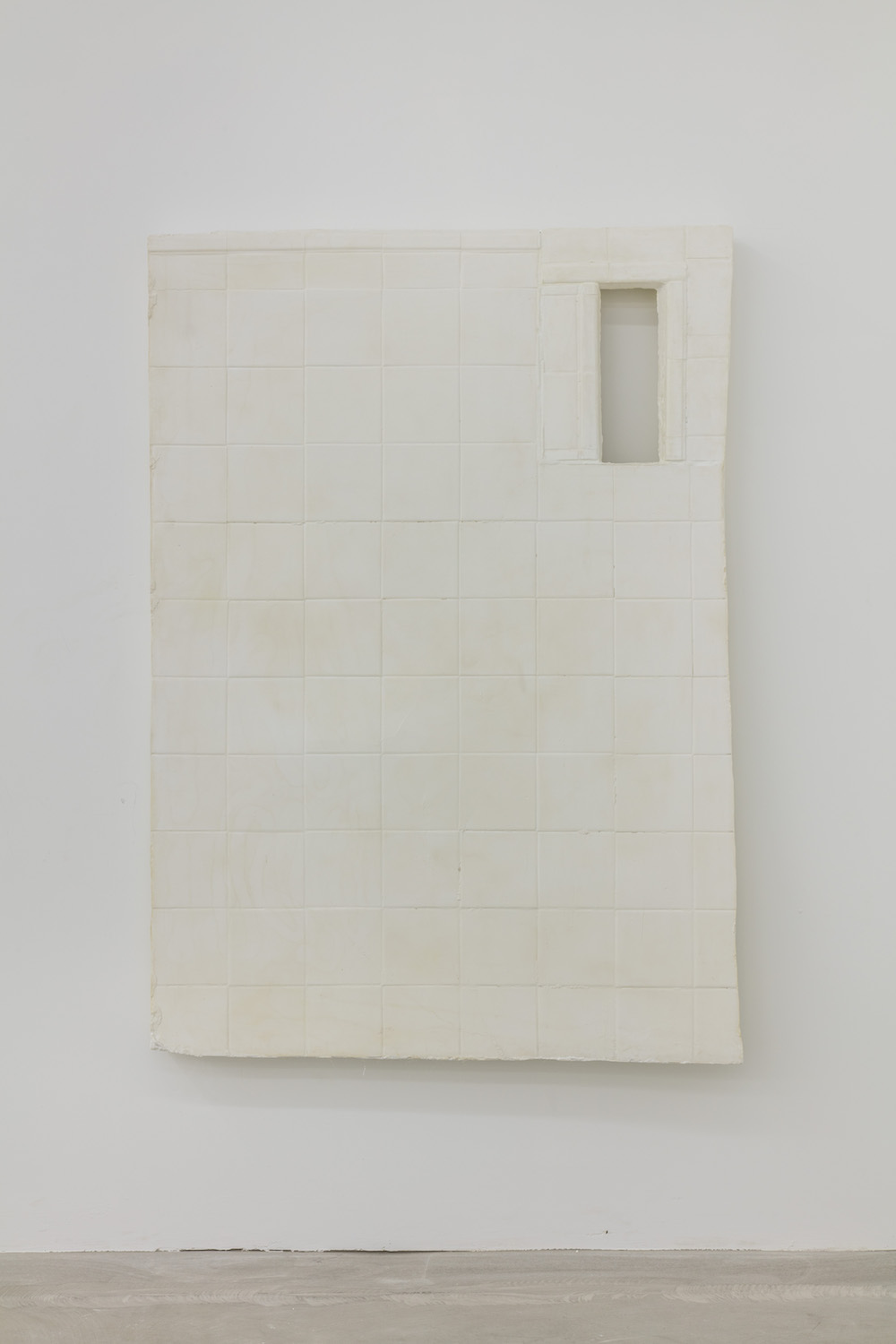 The exhibition will last until February 11th, 2018.