“Prediction Laboratory is a narration fulfilled ex post facto. Art is only employed to be coerced, and that is the complot of art realities with the future world. Caught between the past and the future, every individual is a spy who purloins information from life, filling the ravine between memories and prophecies with souls.”
– Sun Xun

Born in 1980, Fuxin, a northeast city in China, Sun Xun’s works blur the lines between drawing, painting, animation and installation and incorporate a wide array of techniques, including woodcuts, traditional Chinese ink and charcoal drawings. He keeps inventing new ways to challenge our beliefs in ostensible truths and convincing lies, creating surreal stories that can be read as allegories for political events and historic accounts.

Sun Xun’s “Prediction Laboratory” is a select space for investigation and experimentation rather than a straightforward museum exhibition that delivers answers and conclusions. The exhibition will start from a site-specific painting by the artist at the entrance. Having already completed 21 films, Sun Xun has chosen to share 12 animations on this occasion. Ranging from the artworks which he made while still a student to the more recent one in 2014, these films convey the artist’s major themes and imagery while working in a wide variety of mediums. Sun Xun has created an all-encompassing environment, with a tunnel of light and sound playing 12 animations simultaneously, leading to a pseudo-laboratory where scientific experiments may or may not be underway.

In the second part of the exhibition, we emerge into a space appropriating the look of a scientist’s study. In the gallery, Sun Xun will present weird taxonomies inspired by natural history museums. The artist will also create another on-site painting in this gallery and will leave the audience one suspense of the theme. For Sun Xun, who believes that history is a lie, science is a lie and art itself is the biggest lie, “Prediction Laboratory” is his most acute analysis of the conventions of knowledge with the artist taking liberties with traditional means for attaining facts. In creating the laboratory, Sun Xun is proposing an alternative modernity, one that questions utopian agendas and the benefits of scientific progress. “Prediction Laboratory” is the summation of a career that the artist has been spent challenging official histories and creating alternative narratives. 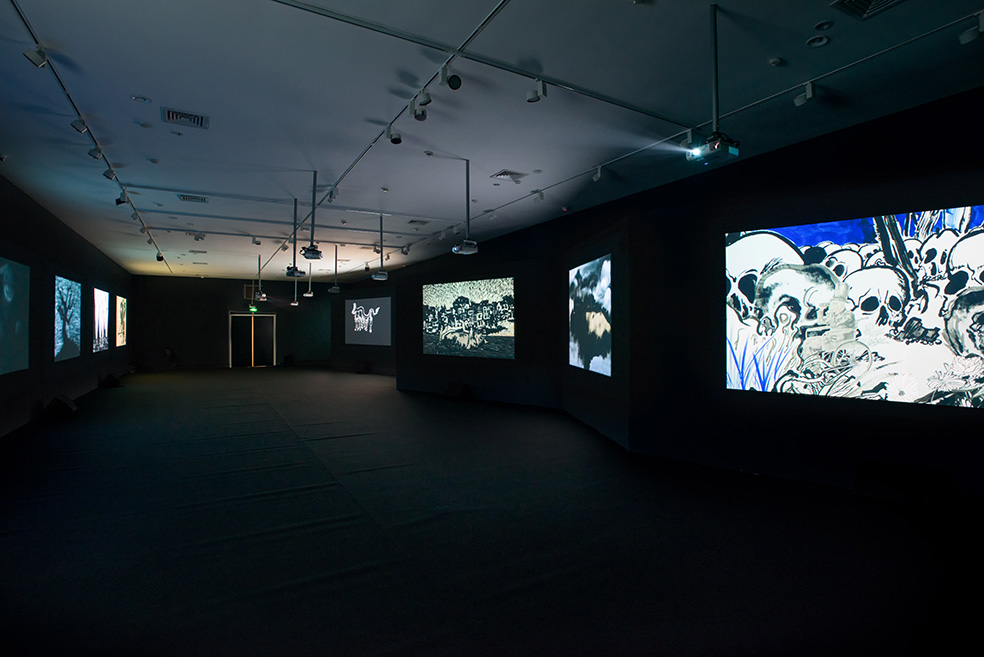 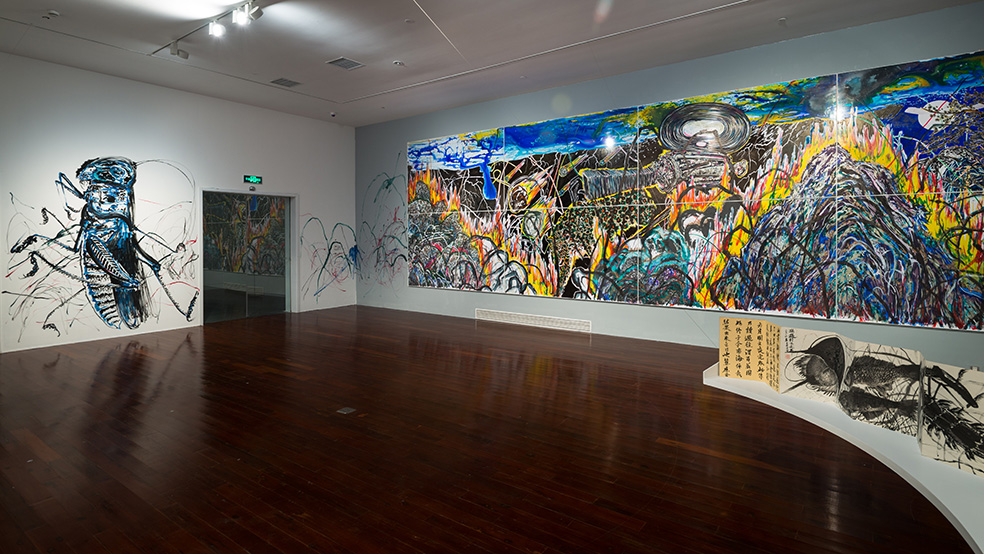 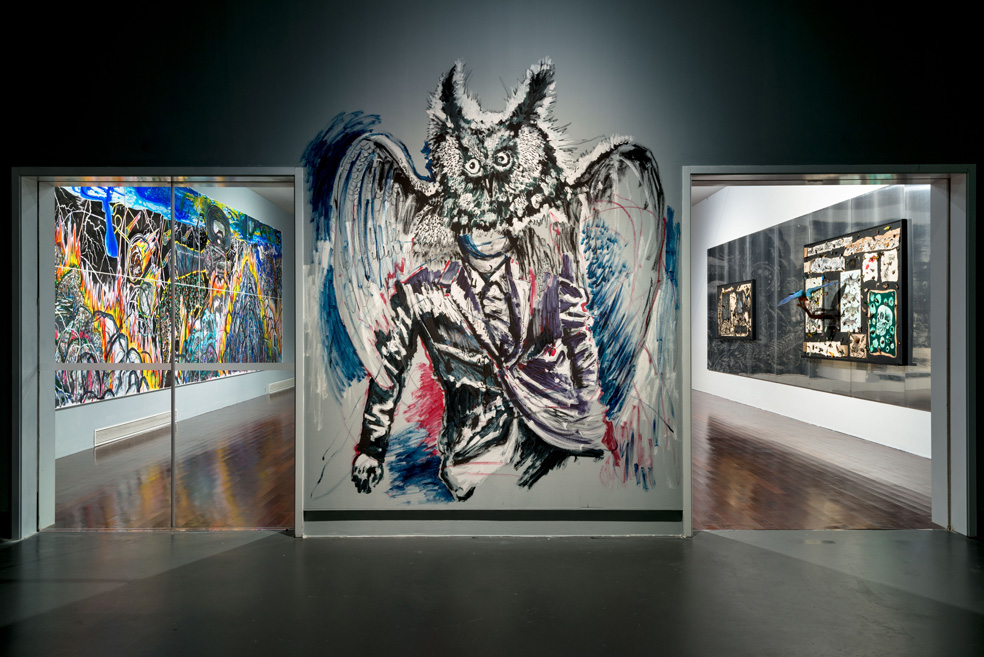 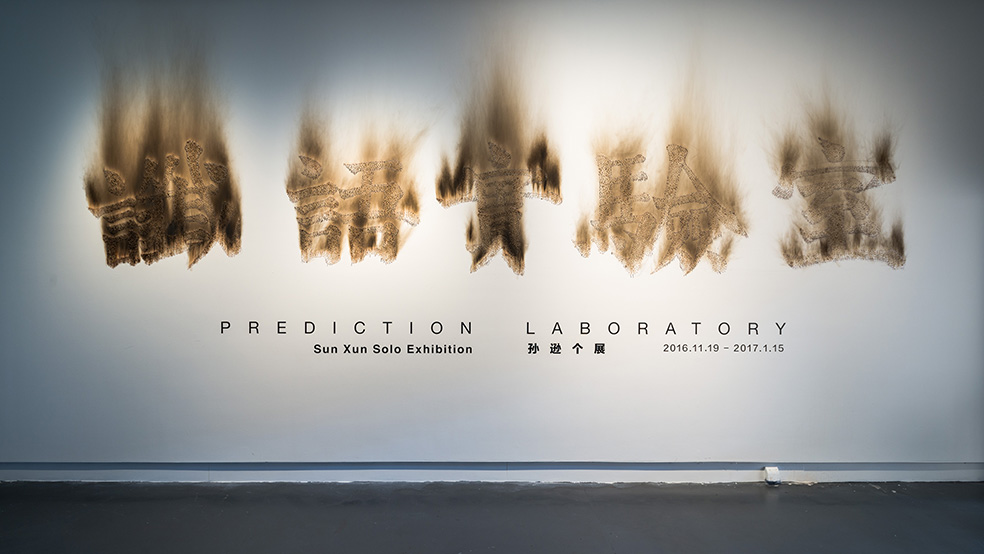 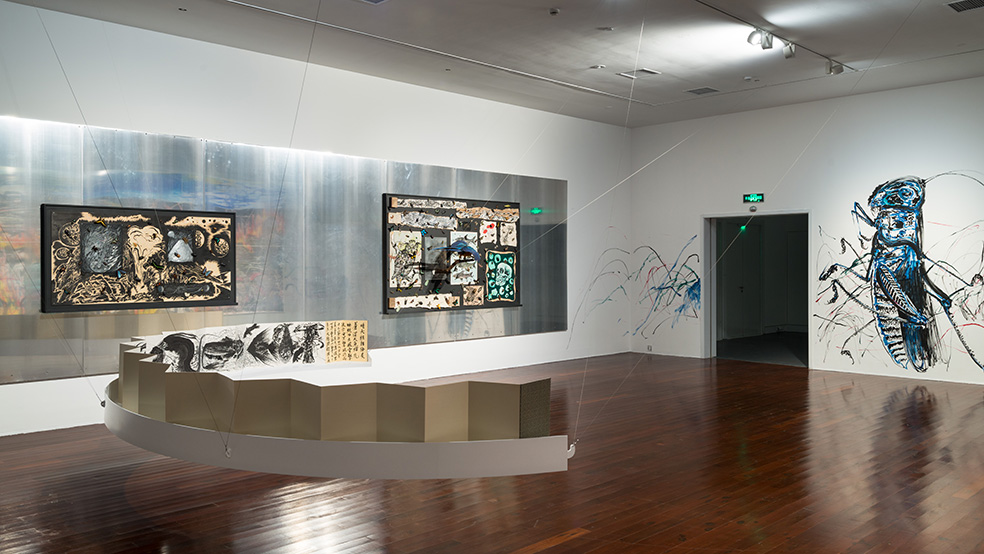 Sun Xun was born in 1980 in Fuxin, Liaoning Province, China. He currently lives and works in Beijing. He graduated in 2005 from the Print-making Department of the China Academy of Art. In 2006, he established π Animation Studio. As a young artist, Sun Xun made an impressive result during recent years. In 2014, he has received the “Award of Art China (AAC The Award for Young Artist of the Year).” He has received several notable awards including the “Chinese Contemporary Art Awards (CCAA Best Young Artist)” and “Taiwan Contemporary Art Link Young Art Award” in 2010, and “the Civitella Ranieri Visual Arts Fellowship 2011/ 2012”. In 2012, his latest wood printing animation film Some Actions Which Haven’t Been Defined Yet in the Revolution has been nominated by Berlinale Shorts 2012 jury in 62nd Berlin International Film Festival. Merely 2 years after Sun Xun’s work 21G entered Venice Film Festival in 2010, being the first Chinese animation film nominated by this festival. The artist brings animation work once again into top three A-class international film festivals.

Barbara Pollack is an art critic, journalist and independent curator based in New York City. Most recently, she curated the exhibition, “WeChat: A Dialogue in Contemporary Chinese Art”, at Asia Society Texas in 2016 and she also curated “My Generation: Young Chinese Artists” which was shown at the Tampa Museum of Art, the Oklahoma City Museum of Art and the Orange County Museum of Art in 2014-2015. She is the author of The Wild, Wild East: An American Art Critic’s Adventures in China (Timezone8, 2010) and has written monographic essays about Wang Gongxin, Lin Tianmiao, Liu Ye, Li Songsong, Chi Peng, Zhang O and Zhao Zhao. Since 1996, she has covered the art scene in China for a wide range of publications, ranging from Vanity Fair and the New York Times to Art in America, Artnews and Art and Auction. In recognition for her research in this field, Pollack has been awarded two grants from the Asian Cultural Council as well as receiving the prestigious Creative Capital/Andy Warhol Foundation Arts Writer Grant.